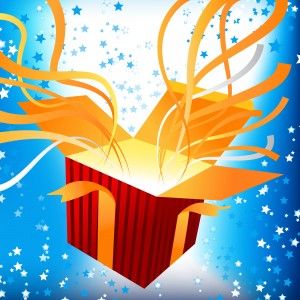 It’s true. As of July 31st, I am officially one year older.

Ah… birthdays. I remember how amazing birthdays were as a kid. Friends, family, balloons, gifts, and cake. Life was good.

Another thing I’ve started doing on birthday’s during the last couple years is looking over the past year of life and reflecting on all the adventures and accomplishments that have happened. Without doing this, I tend to forget about the great things I’ve done and only focus on what I didn’t do and what needs to be done. Not good for the spirit.

This is actually the first time I’ve ever done this in a way that holds me accountable as well. So here it is.

Since last July, I

Wow. Now that I look back on the last year, I don’t feel as bad about not accomplishing every goal I had wanted to achieve. Suddenly, by writing it all down, I can really see some of the great things I’ve accomplished and use that as encouragement to make the next year as exciting as the last. It actually inspired me by writing this list because I tend to overlook the positive things I do and focus more on what I didn’t do instead. As mentioned above, this is not a good thing. Need to work on that. For example, I definitely need to focus on my financial goals for the next year. None of those goals were reached this last year and thats important for keeping the adventures going.

I’m hoping this post doesn’t seem like a self-boasting type of thing. It’s not meant to be. If anything, I’d like it to inspire you to create your own birthday-to-birthday list and reflect on all the amazing things you’ve done in the last year. If it’s not amazing enough for you, use it as inspiration to increase your effort and ambition for the next year. Let some friends know about it or post it in the comments so we can keep you motivated along the way. Feel free to connect and send me an email if you want.

Last but not least and without further ado, I’d like to make this birthday different and give away some prizes. Not just today but more like a series of prizes over the next month or so.

The prize for today is Lea and Jonathan Woodward’s DIY Design and Branding Kit. It retails for $37. If you would like to have a chance at winning a copy, all you need to do is write an answer to the 2 following questions in the comments section below this post:

I will write each person’s name (or email) on a piece of paper, randomly pick one out of a hat, and announce the winner in exactly one week. Please make sure you use a valid email address as it’s the only way I’ll be able to contact you.

In the meantime, I’m off to go white water rafting in the Canadian Rockies. Have a great week!