When I first heard of “The Human, Earth Project”, I was hooked. Such an amazing story and a great adventure to provide people with a good look into the lives of people all across SE Asia. More importantly, it will shed a light on something that shakes me to the bone; Human trafficking. It’s such a massive worldwide problem that most people don’t even know about. Imagine having your son or daughter kidnapped and sold to someone overseas…very sad.

Ben is on a mission to find a young girl he met in Vietnam who was later sold into China. He hopes to bring her back to her family. On top of this, he will try to find 100 of the same people he took photos of five years ago and tell their story to the world.

I asked Ben a few question regarding this project, which he answered below. I hope you enjoy.

What inspired your first trip to Asia five years ago?

When I was 22, I went to Europe for six months, and stayed for almost three years. By the time I finally got back to Australia, I knew that home would never again be big enough for my curiosity.  Asia was so close, but it was worlds away in terms of history, culture and landscapes.

Was this project already planned as of then or did you come up with it after your first trip?

From my first months in Asia, I focused on taking portraits of local people, with the intention of eventually putting together an exhibition. After my first two years of living and travelling in Asia, however, I made the decision to give up photography altogether, as a way of living the moment more fully rather than simply trying to capture it.

I also had the sense that by capturing the physical appearance of these people, I was capturing something very superficial, and was focusing on the differences between us, rather than the things that unite us all as humans: our thoughts and feelings, hopes and fears. So I kept the photos to myself, until I heard of M’s kidnapping, and realized there was a way to use them to help people. That’s when ‘the Human, Earth Project’ was born.

What inspired you to start this project?

In 2010, I spent three months living in the mountains in the far north of Vietnam, and that’s where I met M. I first went to Asia for the culture and landscapes, but it was the people I met there that made it truly memorable, and M was one of those people.

The year after I left Vietnam, M was kidnapped, and is believed to have been sold as a wife or prostitute in China. When I heard about her disappearance, through mutual friends, my first reaction was a sense of shock and helplessness. I didn’t see that there was anything I could do.

That lasted about a year, and might have lasted a lot longer, if not for a series of meetings and experiences that got me thinking in a more practical frame of mind. Rather than seeing M’s disappearance as the end of a tragedy, I began to see it as the beginning of something bigger. It would have been easy to do nothing, but it wouldn’t have been easy to live with myself. 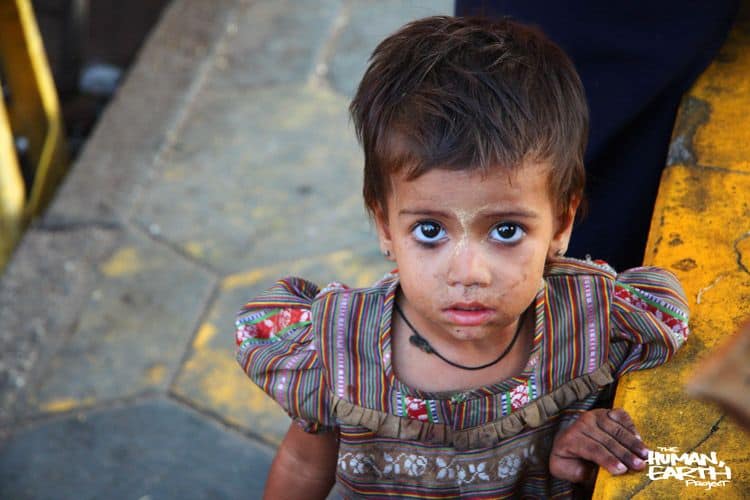 How did you find two other people to work with and how are you working together to bring this project to life?

My background is in documentary film-making, and from the very beginning of the project I’d been hoping to find a cameraman to follow me for the six months of my journey, to film it as  a documentary.

I spoke to two travel photographers I knew – I’d shared a house with Patrice in southern Thailand, and met Moreno while travelling in northern India – and they were so enthusiastic about the project that they both decided to join me, which was wonderful.

Unfortunately, Patrice will no longer be able to join us as his father has recently suffered a stroke. Moreno and I will still be producing the documentary, so we can share the sights and sounds of our journey with you all!

Please tell us about M…

Ethnically, M belongs to the Hmong minority. The Hmong tend to live poor and difficult lives in rural villages, and there were many Hmong communities in the mountains around the town where I was living in northern Vietnam.

Many Hmong families would send their daughters into town to sell handicrafts and guided treks to tourists. Sometimes these girls were as young as nine years old; M was fifteen when I met her. The girls learn English from the tourists they speak to.

Of all the Hmong girls I met in Vietnam, M was the most memorable. She has a loud mouth, a quick smile and a sharp sense of humour. It would be incredible if we could bring her home to her family.

How did you find about M? Do you know how widespread human trafficking is in Asia?

I learnt of M’s abduction through mutual friends in Vietnam. Her story, sadly, is only one of many. While I was living in Vietnam, I was oblivious of the traffic in Hmong girls, but I’ve since realized what an enormous issue it is, with girls disappearing frequently.

Because of the Chinese one-child policy and the cultural preference for male children, there aren’t enough women in China, and girls are imported by all means possible. The Hmong, already regarded as second-class citizens in Vietnam, are easy prey for traffickers.

As many as 27 million people are estimated to be victims of human trafficking around the world, a mind-boggling number – more than the entire population of Australia. A very large proportion of those people are in Asia.

Are there many organizations trying to help?

I’ve been in touch with the Blue Dragon Children’s Foundation which is doing some amazing work in Vietnam and, amongst other things, has rescued 297 trafficked children. If we can find M, they can almost certainly help bring her home.

How do you plan on making people aware of human trafficking?

The focus of ‘the Human, Earth Project’ is a six-month, 20,000-kilometre journey from Indonesia to Nepal, to find one hundred of the people I photographed during my first journey through Asia. As we find these people, we’ll be sharing their stories, to see them as human beings, not merely faces or numbers.

The entire journey will be shared online via stories, photos and videos, and after the journey finishes we’ll be releasing the documentary and a book of photographs. It’s our role to make these things as fascinating as possible, to get as much attention as we can for the cause, and to make as many people as possible aware of the human trafficking situation.

How do you plan on finding M?

Finding M will be the most difficult part of the journey and, in truth, we may never find her. If we can help raise awareness of the issue of human trafficking, however, we may be able to stop the same thing happening to other girls like her. 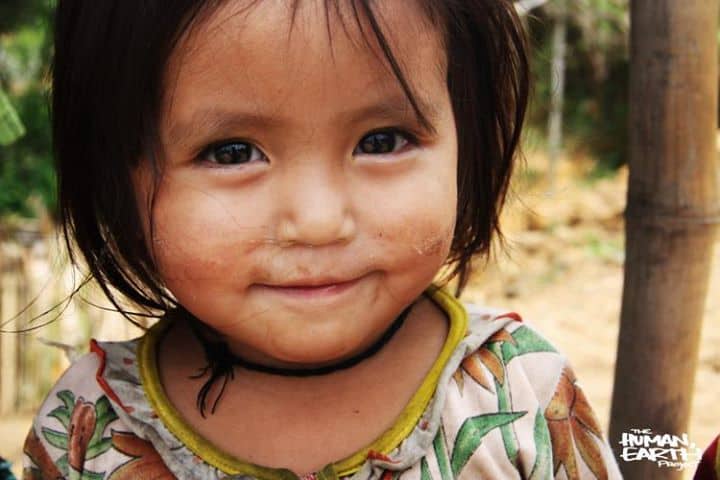 How are you funding your trip?

In March, when ‘the Human, Earth Project’ was first announced, I launched a crowdfunding campaign which raised $3,035. To this I’ll be adding over $15,000 of my own money, which I’ve managed to save over the twelve months.

I’m also selling prints of my portraits through the website, at www.humanearth.net. They’ve been very popular – I’ve had sixty-six of them printed and posted around the world in the past two months!

How can we help?

It’s been amazing to see the way that this project has brought together people around the world; it’s been an incredible journey already. Many people have been contributing their own time and money because they want to see the project succeed. The person who’s helped me the most has been my brother Nick from pinionsystems.com, who has spent many long nights getting ‘the Human, Earth Project’ website up and running.

Friends and strangers around the world have been helping me to translate the website into their own languages; we currently have seventeen translations available, including languages from some of the countries we’ll be passing through, so people there can see what we’re doing. There’s also a worldwide musical collaboration currently contributing music for the documentary.

If you do want to help the project, there are two things you can do. Firstly, you can share it around with your friends and family. The more people see what we’re doing, the more likely we are to make a difference. Secondly, you can buy a portrait print through our website at www.humanearth.net – it’s a great way to help the project, and to have something beautiful to show for it!

Hope you liked this interview. If you have any questions, please share them in the comments and I’ll have him reply 🙂