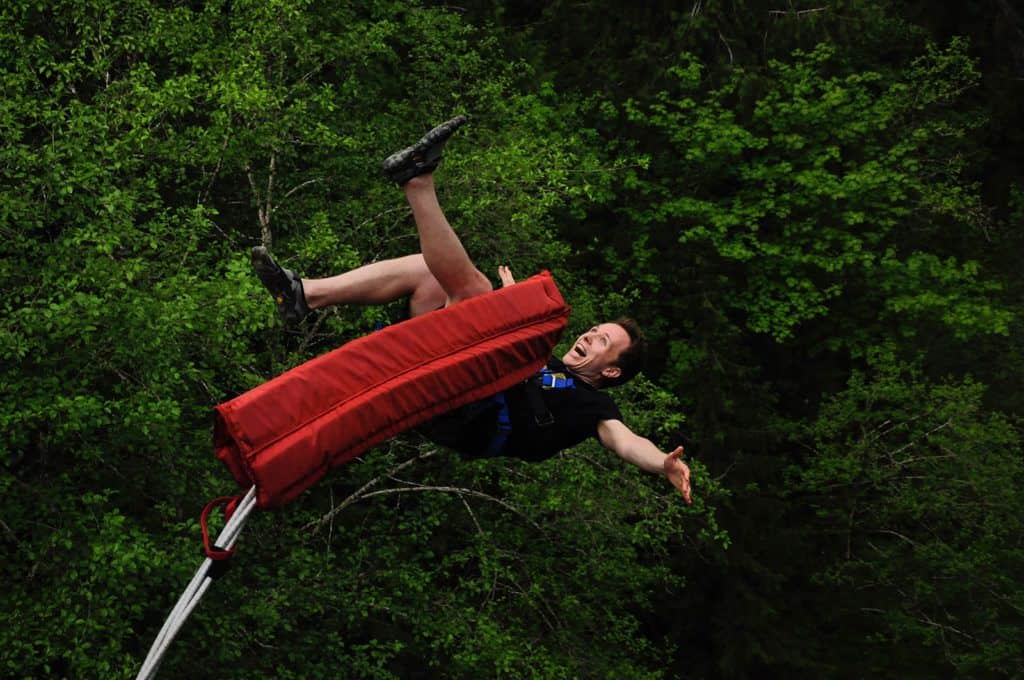 Back in 2009, I began my foray into world travel. For many years, I had been longing to go backpacking through New Zealand and Australia but kept waiting for friends to come with me. During those years that I was “waiting”, I went to college and graduated, bought a home, and even transferred into university to work towards my 4-year business degree. But during the middle of that my time at university, I had the urge to finally make my dream trip happen. I felt that I could no longer wait and so, after my third year, I left. I rented out my apartment at a major loss, took a year off from university, and jumped on a plane to New Zealand.

During those 6 months of solo travel, I ended up both creating and crushing my bucket list, which entailed things like sky-diving, bungy-jumping, scuba diving, and hang-gliding. Before that, I was not the kind of person to strap an oxygen tank to my back and jump in the ocean with sharks, nor was I the kind of guy to strap thousands of elastic bands to my angle and jump off a bridge. But suddenly, I became a new person. 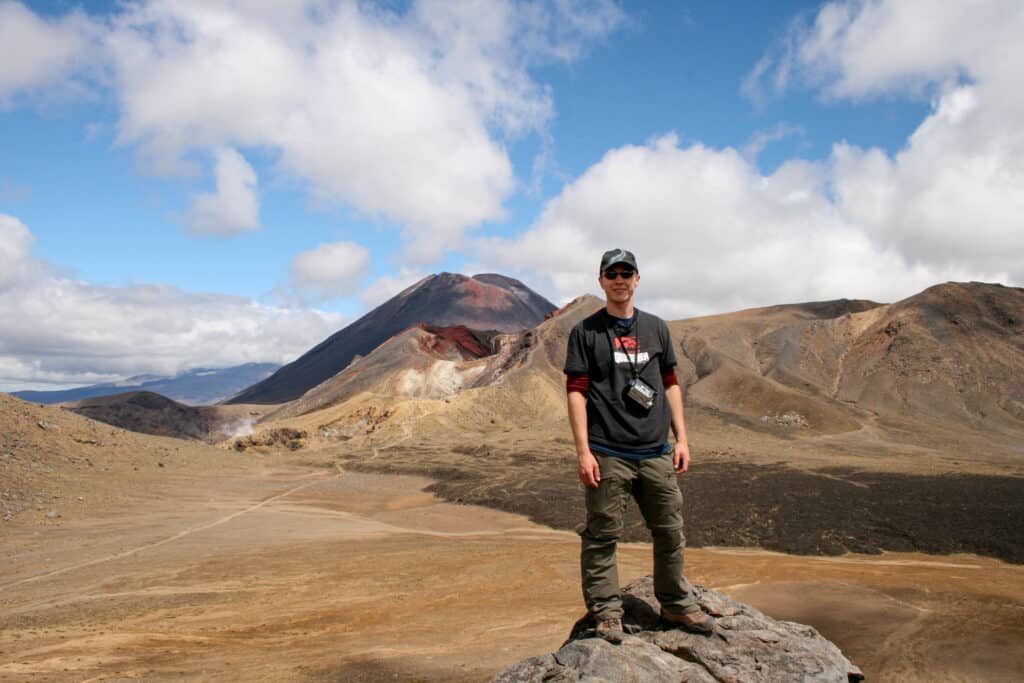 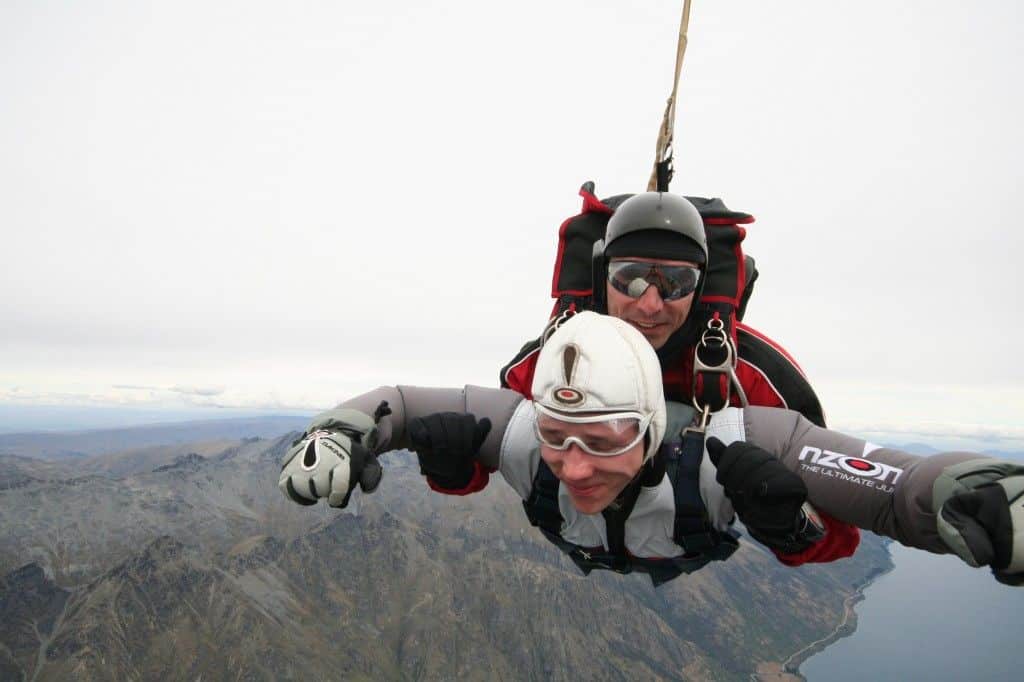 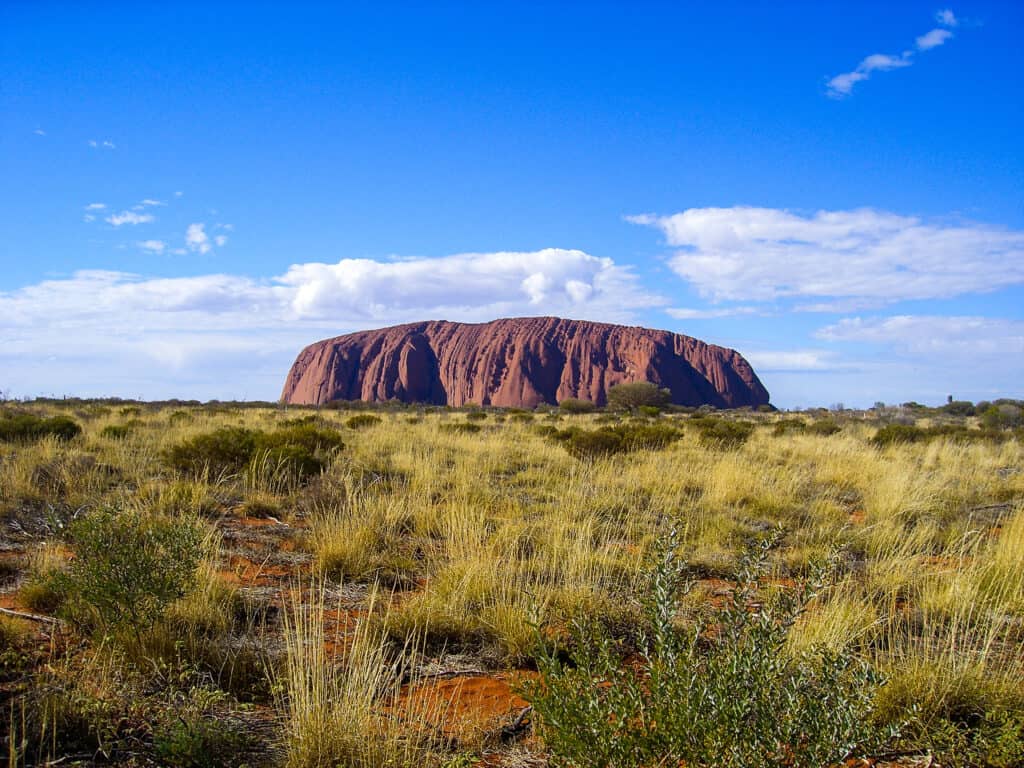 Since then, travel has become a major part of my life. The woman I met at university before leaving ended up moving to Canada to be with me (she was originally on a University exchange from Mexico) and we got back on a plane and went to Southeast Asia for a year, not only to explore a bunch of incredible countries but also to complete my own semester abroad in Penang, Malaysia. As of 2021, we’ve now been to 42 countries, 6 continents, and more than 250 cities. It’s been quite an adventure.

But perhaps most interesting and exciting is that I was finally able to turn my passion for travel, media, and journalism into a career. In fact, back when I first applied for college in 2004, I applied for journalism, film, and business (I also applied for Chemical Engineering but that was really a choice driven by my surroundings). I ended up only getting accepted into the business course but now I’ve meshed all of them into a passion business. After years of blogging about travel on this website, I decided to create another site called Must Do Canada. I love my home country and with a mother from Montreal and a father from Newfoundland, I had seen quite a bit compared to most at a young age. Still, as the second-largest country on Earth, I had barely scratched the surface and after seeing so much of the world, I wanted to really dive deep into Canada.

But before 2017, it was 2016, and it was a really shitty year for us. After another incredible round-the-world adventure in 2015, we came back home to Calgary, Alberta looking to start building a career. Well, we couldn’t have timed it worse. Being a city dominated by oil & gas, shit hit the fan and the city went from boomtown to 10% unemployment – the highest in the country. We couldn’t find anything. 50,000+ people were out of work. Engineers were applying to be receptionists. It was mayhem. We had no chance. We ended up working part-time sales jobs just to get by and somewhat snuck into a sort of depression. Things were not looking up.

But I’m not one to stay down for long, so after a year of feeling kinda down, I decided that I wanted to do something big. With Canada’s 150th birthday just around the corner (2017), I knew there had to be something I could do with Must Do Canada to piggyback on all the excitement being generated around that milestone year. At the beginning of 2017, I came up with the idea to do a 150-day road trip across Canada and make a documentary about what makes Canada special. The idea was to interview people of all backgrounds as to what they felt made Canada such a great place to call home. The only problem was that neither my wife nor I knew how to make videos. I mean, I had done some video editing in the past, but nothing that could create the documentary I was thinking of. In 2016, however, we met a guy who was a videographer and was also into adventure travel. I pitched him the idea and asked if he would join us if we could find a sponsor. He was in. To make it more realistic, we got together and made a pilot episode in Lake Louise, interviewing people who were skating around on the frozen lake while also capturing the beauty of the area. I then used this video and my pitch to reach out to hundreds of companies whom I thought would make a great fit. Most didn’t get back to me. Some did and ended up backing out. But one major company decided it was just the right time. Best Western Hotels. 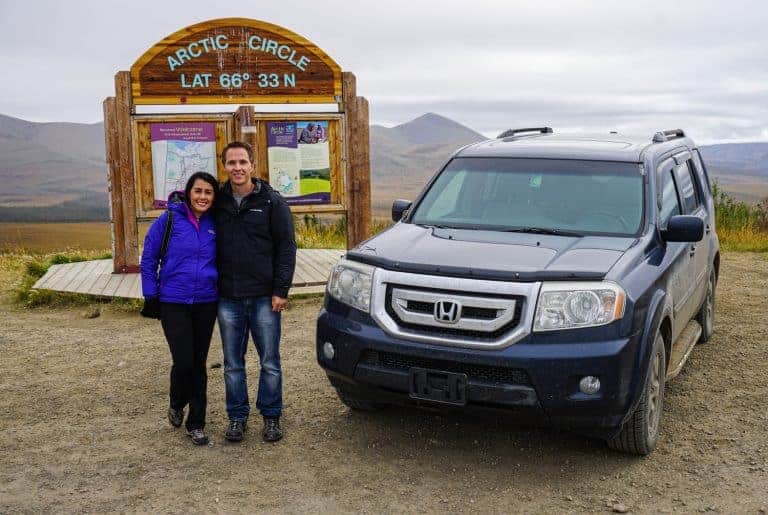 Long story short, we teamed up with Best Western and created the Road to 150. Rather than a full-length documentary, we ended up producing a 12-part travel series and a mini-documentary that summed up the interviews we did across the country,  including former astronaut Chris Hadfield whom we randomly ran into at Canada Day in Ottawa. It was a tremendous amount of work, but that series ended up launching our Youtube channel and a new career and passion business for both Karla and me.

After seeing the success of the videos and the compliments of us being good travel hosts, we decided to double down and go from passion to profit. I already had the website, albeit it looked terrible compared to today, but we decided to keep the Youtube channel going as well by learning how to shoot and edit videos ourselves. By already having worked with a major company, we were not only able to keep working with them to create videos and make a living, but we also had the credibility to work with other clients. However, it didn’t become full-time until more recently. In 2018, we still had to work part-time jobs to get by.

But as the months went by, we got better at our craft and the Youtube channel and website started to grow. I then learned more about SEO and grew Must Do Canada into one of the top tourism websites in the country. We grew our Youtube channel to 62,000 subscribers and we’ve incorporated as Must Do Media Inc. Best of all, we’re growing each year. Our website grew by 5x during 2020, our newsletter now has more than 50,000 subscribers, and our Youtube channel has had more than 7 million views. We’re working with new clients each year and have worked on some really cool projects with companies such as Toyota, the Indigenous Tourism Association of Canada, Adventure Canada, and of course – Best Western.

We’ve literally turned our passion into a career. The business supports both of us and allows us to travel all over Canada to experience all the incredible things there are to do, whether that’s snorkelling with Beluga whales in Manitoba, rafting the highest tidal waves in the world in Nova Scotia, surfing in British Columbia, driving Canada’s only arctic highway to Tuktoyaktuk, or simply exploring Toronto, one of the most multicultural cities on Earth.

I often get caught up in my work and try to figure out what’s next. But when I take a moment to sit back and write an article like this, I’m somewhat awe-struck by what’s happened since 2017. It’s always been somewhat of a plan of mine to have an internet business but I didn’t really have a solid plan. I’ve mostly leveraged successes as I go to create new successes. Up until very recently, I’ve always been somewhat nervous about whether the business fails at some point and I need to find a job with “little” employee experience. But now, I feel much better about it. Plus, in all honesty, I’ve learned so many things over the years that I think I have the knowledge and expertise to apply for senior roles. Just because I haven’t worked in a traditional role at an outside company, I’ve literally done almost every role needed to make Must Do Canada what it is today. I do the writing, the photography, and the SEO. I do the web design (well, up until 2020), outreach, sales, and customer service. I come up with most of the ideas, find the funding, and do the marketing. I’m one of the hosts of the Youtube channel and basically involved in all forms of management. How many employees do you find with that kind of experience? Not to mention more than a decade of other outside jobs I’ve had ranging from experiential marketing to sales and community outreach. 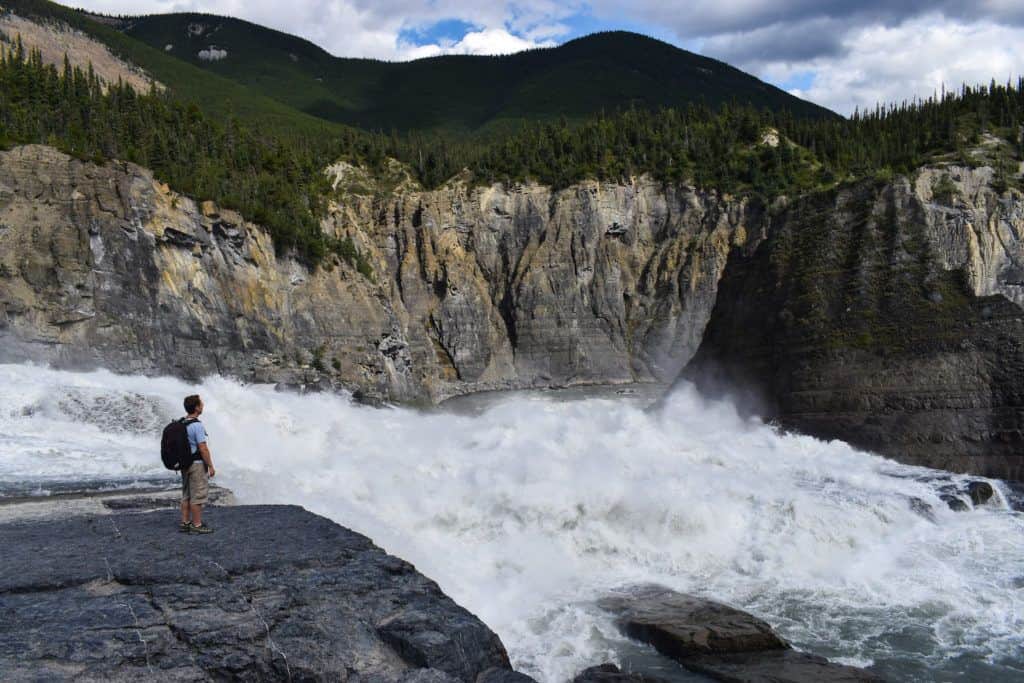 But really, it’s not about the job possibilities. It’s because I know Must Do Canada is going to grow exponentially. However, there’s also something else that’s very powerful about entrepreneurship. Not only do you create a job for yourself and develop your skills along the way, but there’s something truly remarkable about knowing that you can create your own income. In the past, I was so concerned with outside work because, without it, I didn’t get paid. But now, after years of being involved in online business, I know that I can create income out of “thin air”. If Must Do Canada collapses tomorrow, I know without a doubt that I can take another idea of mine and make money online. I may not become “rich”, but I can certainly pay my bills. There’s something incredibly uplifting about knowing that. It removes a certain sense of fear that many of us have. It’s a boost of confidence that can only come from taking an idea and going from passion to profit, all through grit and hard, long work. That’s all it was really. It was an idea. I had an idea to travel across Canada and document it. I had an idea that I thought companies would get behind. I reached out and made it happen. That’s it. 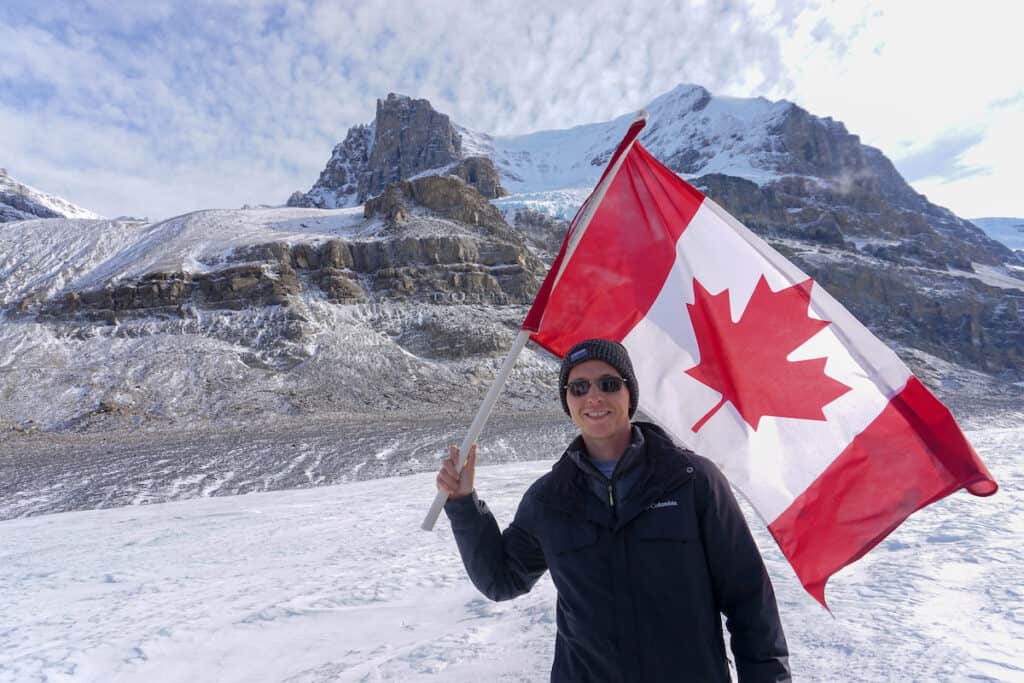 If there’s anything else I can add, it’s that you need to start doing it today. What I mean is that if you have an idea or something you want to try out, even if it’s just for fun or intended to be a side-gig, start doing it. Most likely, you’re going to fail the first few times you attempt to start a business. I failed so many times, mostly because I never had a plan. I’d just start doing and think later. But either way, you need to start because whether it works the first time or not, the experience you’ll have and the skills you’ll learn will help with the next idea. When I think of the most important things I’ve learned along the way, it’s that I learn best by doing. I love to read and watch how-to videos, but I really need to start doing it before it actually starts to make sense. That’s when I begin to ask better questions and get deeper into the trenches.

But the most important thing is taking the first step. Maybe it’s writing the idea down. Maybe it’s buying a domain. Maybe it’s joining a helpful Facebook group and learning from others. Whatever it is, just start, and maybe, if you’re lucky, and you work hard, you may be able to combine your passions and skills into a passion business that you love to work at. Once you learn how to turn a passion to profit, you’ll never want to retire. Now, that’s the dream!

Interested in exploring Canada? I’ve written some extensive guides over at Must Do Canada. Here are some of my favourites: