Minimalism has been around forever.

One of the purest forms of minimalism can be found by looking at the ancient methods of North American First Nations. They would set up their tents, create a temporary “town”, hunt for food and then move on to a different location while barely leaving a trace. When they would kill a large animal such as a Buffalo, they would use everything. Nothing went to waste. The skin was used for shelter, bones carved into weapons, fat became grease and all the meat was consumed.

It was minimalism at its finest.

Go take a look at a land fill. Now multiply that by millions. Think of just one city like New York, which  sends 14,000 tonnes of waste to the land fill every day. Yup, every day. Just one city. 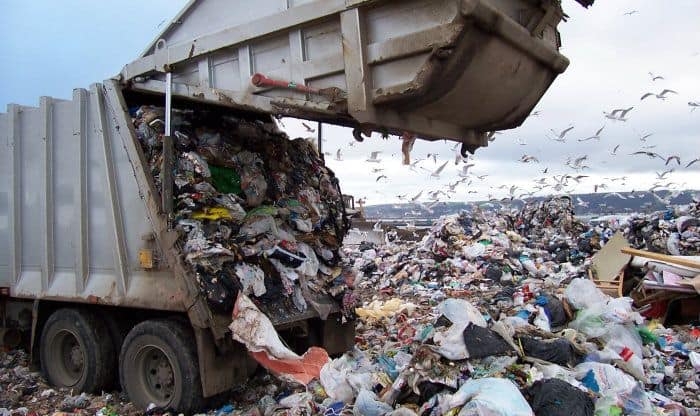 Take a trip to Wal-Mart. Look at all the useless crap. Stuff nobody ever needs. Stuff that people buy, use once and toss in the garbage, where it will never decompose. If it does decompose, it’s toxic. How much stuff does everyone own that never gets used. Not only did it cost hard-earned money but it also takes up unnecessary space, which costs more money.

Our biological tendencies crave more and were encouraged to do so. Support the economy, right? This is a joke. A bad joke. It’s unsustainable in the first place.  It’s a roadmap for growth, growth, growth and crash. The way we measure growth simply doesn’t work. It’s a relatively new way of looking at things and it’s already outdated. GDP should really stand for garbage, destruction and pollution. That’s really how growth is measured to determine a country’s wealth. How much garbage do we have? How many things can we destroy? How much pollution can we create? The more the better. That is growth. That is money.

Really? Is this progress? Shouldn’t we be measured by our sustainability, happiness, connection, purpose, intelligence, health…..

So where does minimalism come in you ask?

Thankfully, minimalism is growing. It’s still very small compared to the opposite but at least it’s growing. Minimalism is the art of getting rid of things that don’t provide us value so that we can focus more on the things that do. It’s questioning our purchases. It’s thinking about what we really need to be happy and content.

Minimalism has many positives.

Maybe this is the most important part – you’ll have more time. Time is life. Suddenly, you can use your extra time to focus on hobbies that add life to your years. Maybe you can focus on a side-business or a different job or more recreational pursuits. Maybe you can use it to spend more time with your kids, your wife or your pets.

With time, the possibilities are endless.

Sure there might be less consumption. Maybe this means a little less money, which doesn’t matter because we don’t need as much stuff. Rather than more money for more stuff, we can have more attention to spend on solving important world issues.

Do we really need another cartoon-inspired USB stick?

No – what we need is more attention to focus on the stuff that really matters.

So maybe, just maybe, minimalism can help save the world.

What do you think?

Seriously – What do you think?