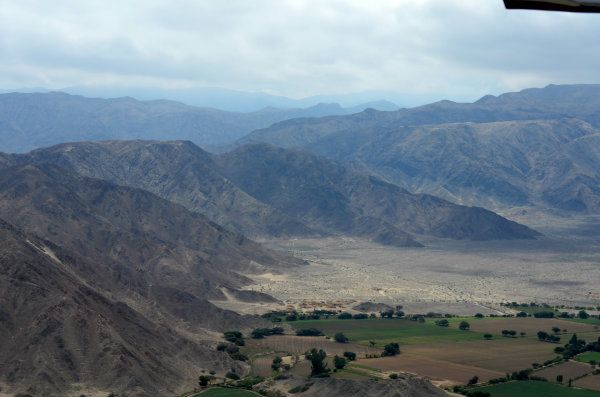 I have to admit – I’ve done and seen some really amazing things over the last few years. Ever since that moment I dedicated myself to travelling the world, my life has never been the same. I say this because every now and then, I look back on a particular adventure and think “Wow, I saw this with my own eyes”. It’s incredible how many amazing things are out there for us to explore.

One of those moments is right now as I think back on my short 30-minute flight over the Nazca lines in Nazca, Peru. Before my wife and I left Canada for South America, I looked on the UNESCO website to see which World Heritage sites were in the countries we were visiting. As I scrolled over the many beautiful places we would be navigating through, I found the Nazca lines.

I had no idea these existed but I am so happy I found them. Mystery. Adventure. History. What more could a traveller ask for?

The next thing I know, we were just a couple of days away from reaching this man-made wonder. As mentioned on the UNESCO website, “These lines, which were scratched on the surface of the ground between 500 B.C. and A.D. 500, are among archaeology’s greatest enigmas because of their quantity, nature, size and continuity. The geoglyphs depict living creatures, stylized plants and imaginary beings, as well as geometric figures several kilometres long. They are believed to have had ritual astronomical functions.” Unbelievable! And here I was about to see them with my own eyes. 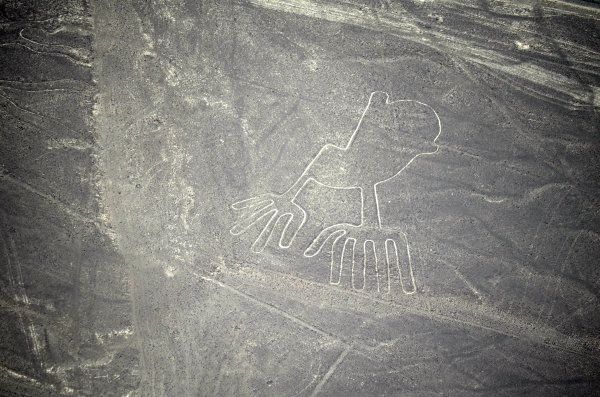 I did question visiting the site though. As I looked into visiting the area, it became obvious that the best way to see these gigantic artworks was to fly over them. Unfortunately, the history of these flights was looking somewhat alarming. Although there hadn’t been any accidents in the last couple of years, reading about the ones before that made me a little fearful of what could happen. I began to question whether we should go but at the same time, I didn’t want to miss such an incredible site.

So I began doing research into the safest airlines. Although the government had already stepped in years ago to enforce regulations and make things safer (which had worked by the way), I wanted to find an airline that was reputable and safe even when the regulations weren’t in place. 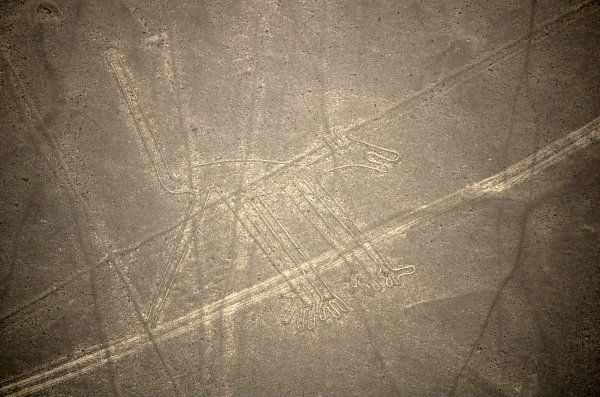 That’s when I stumbled upon Alas Peruanas, a small, professional and safe company who were one of very few operators being safe even when others weren’t. I sent them an email, booked us in and within a couple of days, arrived at the little airport to board our 4-seater Cessna and soar over the Nazca lines like a Condor.

There’s something about squeezing into a little 4-seater plane that screams adventure. My wife and I cuddled into the backseat while the pilot prepared for takeoff and the co-pilot prepared us for what we were about to see. We had already been forewarned about the possibilities of wind that could make for a bumpy ride. We took two “nausea” pills just incase, as we didn’t want to get dizzy and ruin our trip. The co-pilot explained that the best way for us to see the geoglyphs and not miss them was to look out at the end of the wing on either side as the pilot aligned the tip with each geoglyph for best view. This is another reason some people get dizzy but the pilots have to maneuver the plane on both sides so everyone can get a good look. I thought it was fun. 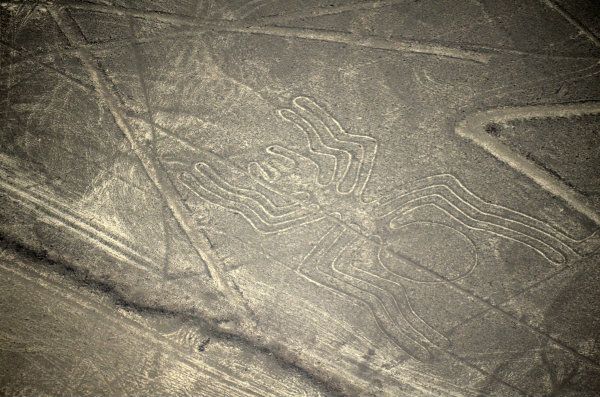 It wasn’t long before we soared over our first one, the drawing of a whale. While the geoglyphs are quite big, I could see how one could miss some of them if not paying attention. As we flew over the Nazca desert, we spotted drawings of a spaceman, a monkey, a hummingbird, a condor, some triangles, a lizard, a tree and a really cool spider, among many others. 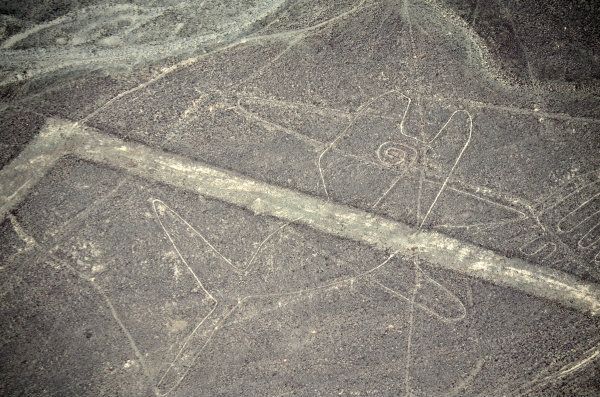 It was amazing to witness these creations with my own eyes. I began to think back to myself as a teenager in a small town, knowing nothing about the world around me. Here I was in Southern Peru, in the backseat of a Cessna, flying over ancient geoglyphs carved into the desert below. Was I becoming Indiana Bailey? 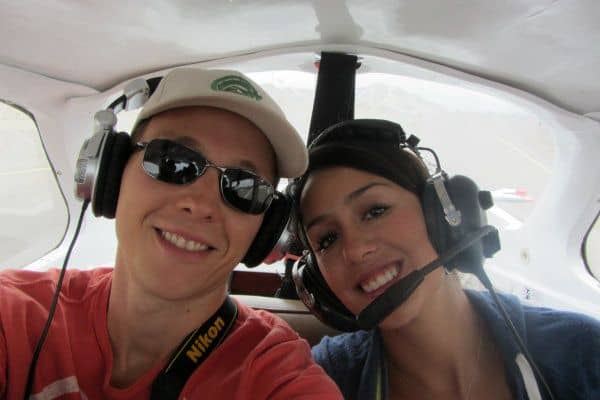 I snapped some pictures of each geoglyph and then sat back to soak up the experience. After bearing witness to about 13 of the famous creations, we turned the plane around and headed back to the airport. As we touched down, I smiled at my wife Karla for having completed yet another safe adventure in South America. We were actually lucky and had no wind, making for a very smooth ride. Unfortunately, we had already taken the nausea pills and we’re starting to feel very tired. We asked the co-pilot to snap some pictures of the plane and us and then walked over to our taxi to go back to our guesthouse. After all, we had to get ready for a 17-hour evening bus to Cusco where we would begin our hike up the Inca trail to Machu Picchu. 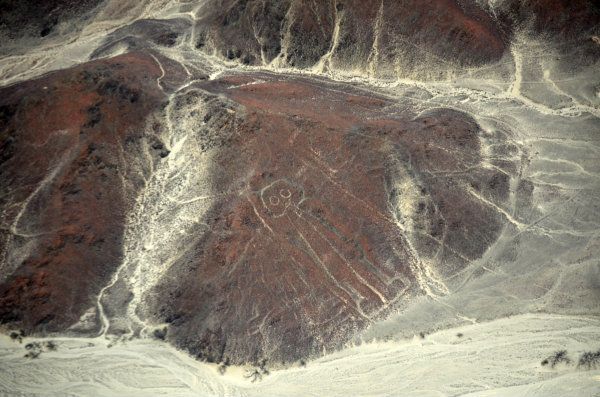 I turned on the camera, looked at the pictures I had just taken and marvelled at the ancient mystery we had just seen. According to UNESCO, “the Nazca lines and geoglyphs form a unique and magnificent artistic achievement that is unrivalled in its dimensions and diversity anywhere in the prehistoric world.”

And here I am, a small-town Canadian boy who simply decided that he wanted to see the world.

What do you think of the Nazca lines? Do you want to see them?

For those who want to fly over the Nazca lines, I highly recommend Alas Peruanas. Their office is right across from the bus station in Nazca and I found them to be friendly, professional and best of all, safe. You can visit their website at www.alasperuanas.com or email them at info@alasperuanas.com.

If you enjoyed this article, you’ll probably enjoy: