When I think back to moments that changed my life, many come to mind. These are times when I really pushed myself to do something that scared me. Being able to really push my limits and eradicate some of my limiting beliefs completely changed my mindset and allowed me to become much more courageous than I had ever been. Suddenly, change wasn’t so scary anymore and I found myself actually looking for adventure and embracing uncertainty.

There are a number of events that had a profound impact on me but the eight mentioned below really stand out.

Moving to a different city

To be honest, I wasn’t going to include this one at first. Moving to a different city seemed so trivial. But as I thought about it more, this was one of the most pivotal moments for me. Not only did I move to a city where I had no friends or family but I was also leaving some toxic friends behind. It was a chance to create a new me without any of the personas or stigmas attached from my hometown. It was also my first time living on my own, which allowed me to grow even further. I ended up meeting so many new and awesome friends, graduating from university, buying and investing in real estate, and ultimately changing my mindset completely. I also learned a lot about myself, such as my ability for jumping into any opportunity that sparked my curiosity. I learned that I wasn’t afraid of putting myself in uncomfortable situations anymore.

This is another thing that dramatically changed my life. Since I was 17 years old, I had wanted to go to Australia and New Zealand. I’m not really sure why but it was always in the back of my mind. Instead of just going, I kept waiting for the perfect moment and for friends to come with me. Finally, at the age of 24, I decided to go solo. As a first step, I went to Boston for a week on my own before visiting family in Newfoundland. I met new friends, experienced solo independent travel and had such an incredible time. After Boston, I completed one more semester of university (which is when I met my fiancé) and then left to Australia for my first long-term solo trip. But before landing in Australia, I did a 3-week stopover in New Zealand, starting with Queenstown and finishing in Auckland. It was one heck of an adventure.

I arrived in Queensland, New Zealand at six in the morning. My cousin had also just arrived, ready to join me for the first month of adventures. We took a taxi to the hostel and signed in. As we were signing in, I noticed an advertisement for sky diving in the area. My hairs stood up and I immediately convinced my cousin to do it with me. Before we knew it, we had booked ourselves to jump out of an airplane the next morning. We had no time to back out. The next morning was an experience I’ll never forget. It was such a crazy feeling to roll out of an airplane at 15,000 feet and fall towards Earth at 200MPH. It was an incredible rush and it gave me the courage to try anything else that came my way. If you’re interested in adventure travel, New Zealand is a great spot. If you’re thinking of going, here are the best times to visit New Zealand.

I think bungy jumping was the biggest rush I have ever had. It felt twice as scary as sky diving but I probably wouldn’t have done it had I not jumped out of a plane three weeks prior. It was so terrifying that I found myself trembling as they strapped on the ankle harness. My hands were sweating profusely and my heart was beating so fast that I thought it might burst out from my chest. When I finally managed to jump off the bridge and fall towards the ocean, an unforgettable feeling of bliss came over me. It was true freedom like I have never felt before. It might have been the first time that my mind wasn’t drifting to other things. I was truly focused on the task at hand. The air rushed by and I got dunked into the ocean before releasing a lever and springing myself upright into the harness. I felt truly on top of the world and was ready to tackle anything.

Diving in the sea is one of the most magnificent experiences one can have. It’s like entering a new world filled with wonderful and strange creatures of every colour imaginable. Two months into my trip, I found myself signed up for an open water diving course and doing something I never thought I would be able to do. Scuba diving always seemed so “out of this world” for me but was fascinating none the less. Now here I was scuba diving on the Great Barrier Reef. I had white-tip reef sharks swimming by and turtles gliding around as the sunlight glistened off their shells. I found myself swimming around schools of multi-coloured fish and starring at massive reef structures that looked like an underwater city. To add to the adventure, we also did a night dive in search of more sharks. As if scuba diving wasn’t already an experience of a lifetime, I was now jumping into the ocean in pitch black with nothing but a flash light in my hand to see what was in front of me. It felt like I was in outer space, surrounded by darkness and strange creatures, while “swimming” around weightlessly. I was really experiencing life to the fullest.

For some reason, I always wanted to become a public speaker. I think part of it lies with being shy all my life and also with the fact that I have a stutter. Public speaking seemed like such a drastic goal to make and a huge accomplishment if I could pull it off. I decided to take a Dale Carnegie course called Effective Communication and Human Relations. This, combined with practice, really changed my life by giving me a huge boost of confidence and the courage to stand in front of a crowd and talk. It’s an incredible feeling to not feel as nervous anymore and to be able to stand up and say something. I think a motivational speech at a big event would be amazing one day. 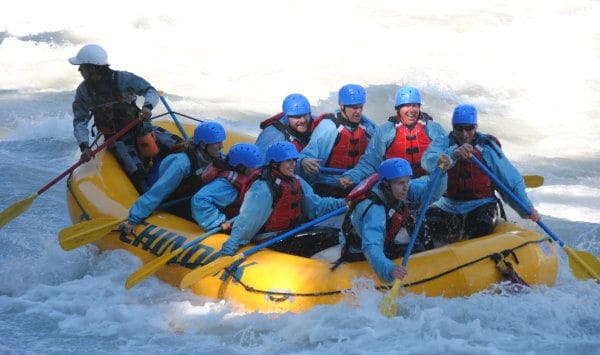 White-water rafting was one of the first intense activities I put myself through. One of my best friends and I were planning a birthday event for me. Living just an hour from the Canadian Rockies and some world-class rafting, we decided to make the trip. It was an incredible rush as we hit waves that were big enough to cover the raft. The cold water took our breaths away. It became one of my favourite activities and we ended up doing it for my next two birthdays as well. On one particular trip, we did a different river that was much more intense and often closed-off for safety reasons. WOW! It was 30 minutes of pure insanity and moments where I thought we were in trouble. After an onslaught of class-4 rapids, I noticed that someone had fallen out and was drifting by our raft. I managed to think quickly and pull him into our raft before he got pummelled by rocks. The experience was already incredible but being able to “save someones life” made it much more special. I’ve now gone four times and I highly recommend it for that adventurous soul inside you. 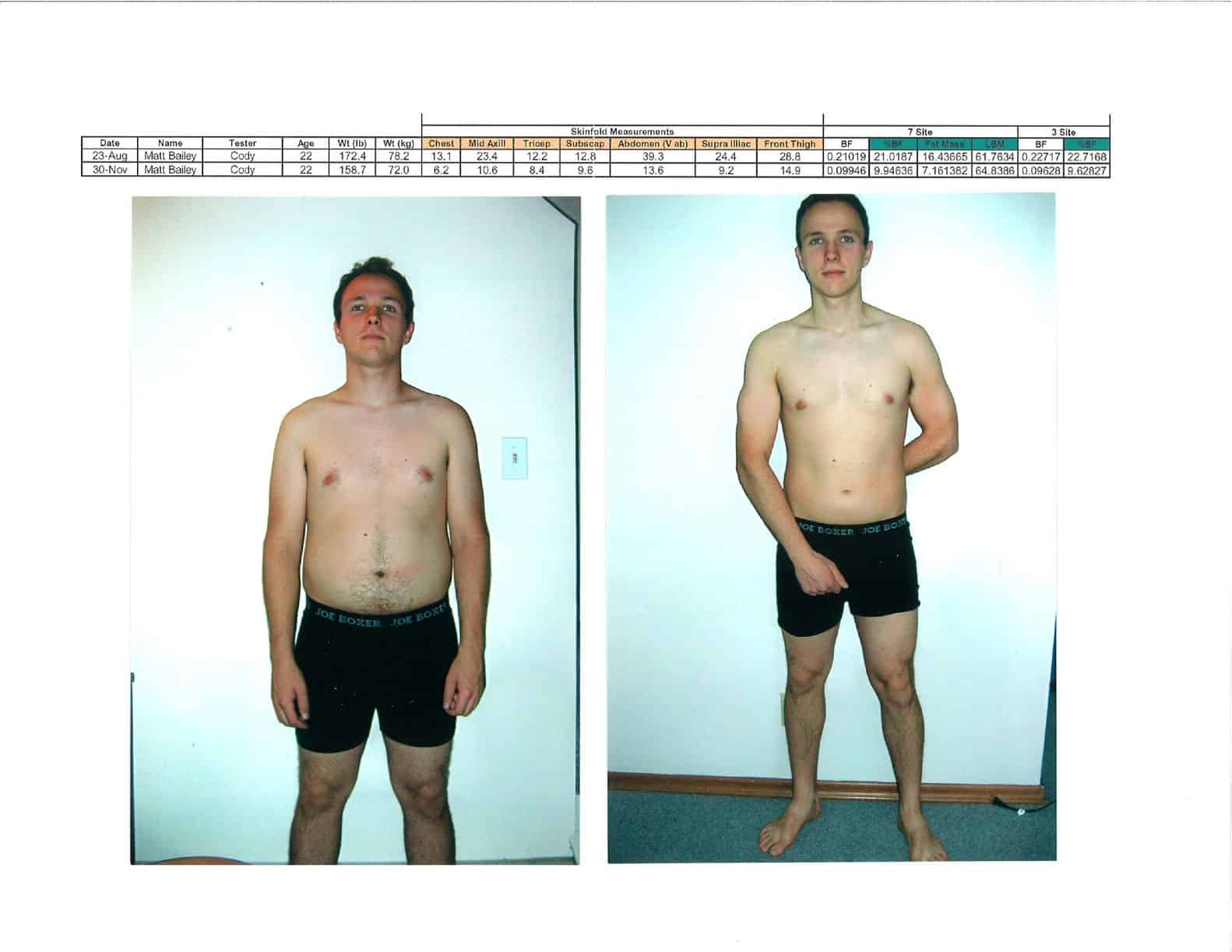 Last but not least, the Body-for-LIFE fitness program was an incredible source of motivation and accomplishment for me. I had read the book when I was 18 years old but had kept putting  it off for that “perfect” moment. Finally at age 22, I decided it was time. I was just getting out of college and the two years of partying and pub food had really showed up on my body. I paid $35 to get a skin-fold test so I would know how big my changes were in the end. It was 12 long weeks, walking to the gym in pitch black (mornings are dark in the Canadian winter) and getting out of bed when I knew it was -30 Celsius outside. I kept myself motivated though, eating six healthy meals per day and taking one day off per week to eat what I wanted. I worked out six days per week before breakfast, alternating between weight-lifting and 20-minute speed-interval treadmill running. In the end, it all worked out and I lost 23 pounds of fat while gaining 7 pounds of muscle. My body fat percentage dropped from 22 to just 10. My pictures looked incredible compared to just 12 weeks prior. Not only did I feel great but the sense of accomplishment really changed how I looked at life. Making a commitment to something and actually following through to achieve positive results is something we should all strive for. It’s an incredibly uplifting experience.

There are many adventures and moments that can change your life. The important part is getting out there and experiencing something that excites you. Giving yourself that opportunity. Getting out of your comfort zone and tackling something you’ve always wanted to do.

What adventures have changed your life?