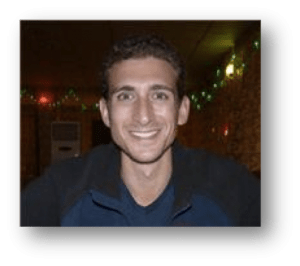 It’s definitely manageable. To be honest, I started my online business during my final contract onboard cruise ships, so for the most part, I didn’t face too many challenges. There is plenty of internet access onboard ships, although it does cost money. With the crew discount, it generally runs about $6 USD per hour. However, many positions on board come with the benefit of having a direct internet connection in your office, which is exactly what I had. And as long as it isn’t abused, there’s no reason why you can’t jump online and take care of some business stuff for an hour or two. Also, it’s quite common these days for there to be free WiFi on the pier in most ports of call and usually, a cafe with WiFi is never too far away either. The biggest challenge one would face is the occasional internet outages that do occur when the ship’s satellite system is blocked, something that occurs when the ship is passing through stormy weather or is sailing across the middle of the ocean!

What can an adventurer expect on a cruise ship for their first time (Ie: salaries, life onboard, ports, etc)?

I’m always working on new ideas! It seems that I’ll be living in Mexico for the next several months in order to work on a few of my current projects which include building a handful of new niche websites and continuing to grow my blog. And then, sometime around October, I hope to head off on a one-year adventure to Africa and Central Asia.

As mentioned above, Earl has a great ebook about landing a job on a cruise ship. It’s filled with all the information you need to know including what to expect, job descriptions, what salaries to expect, lists of all the different cruise lines and how to apply, resume and cover letter samples, and much more. It has been my cruise ship bible for applying for cruise ships and Earl has been there answering my questions along the way. Feel free to buy it through him or through my link here. If you do decide to buy it through A World of Inspiration, I will throw in a 30-minute skype chat on cruise ship questions or anything for that matter.