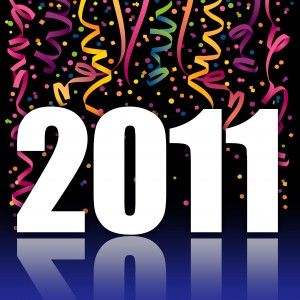 Okay first off I should warn you that this post is around 1700 words. I seem to be writing longer posts than usual over the holidays. I like it but I don’t know if you like it. I wrote a guest post for another site the other day and it was around 1900 words! This post is basically a summary of accomplishments from 2010 and a summary of what I want to accomplish in 2011. I’d also like to hear what some of your goals are in the comments. It’s good to lay them out for others to read. It makes one feel a little more accountable.

So before we launch into the New Year with resolutions a blazin’, it’s a good idea to sit back and reflect on the year past. Review all the accomplishments you’ve had and go over what went good and what didn’t.

Congratulate yourself on all the things you feel you accomplished and most importantly, learn from the mistakes. Have some long-term goals in mind as well so you know what each little accomplishment is really working up to.

Consider writing down a lifestyle change you wish to make on top of the specific goals. For example, rather than just writing “quit smoking”, write about become a healthier person and living a healthy lifestyle. This means quitting smoking, becoming more active, and eating healthy.

My year started out with a little bit of a risk/adventure on my part. I decided to buy 100 copies of the “Four Hour Work Week” so that I could go down to San Francisco and party with Tim Ferriss on a war ship. 100 books aren’t cheap but since my dream is to succeed at being an online entrepreneur and a writer, this was one way of meeting people with similar interests, as I knew lots of online entrepreneurs would be at the party.

I realized that the house I owned as an investment was causing me a lot of stress. It brought me back from my travels early and was kind of holding me back from further long-term travel. I had bad tenants and didn’t want to deal with them anymore so I sold the house using some creative strategies so that I could break-even and not lose any money. Now that it’s sold, I feel much more poised to make 2011 an amazing year.

I’m also proud that I finally started skiing. I live within an hour to some of the best skiing in the world and yet I had only gone once or twice in 6 years. I decided this year was going to be my ski year and I made it out 6 times to 3 different mountains. It was amazing! The scenery when you’re standing on top of a mountain is so breathtaking and inspiring.

Although I didn’t travel as much as I would have liked, I still made it to Los Angeles, Las Vegas, San Francisco, Montana, Mexico City, Guanajuato, Vancouver, Vancouver Island, and Japan.

I’m extremely happy that I really dived into acting this year with a lead role in a comedy film as well as acting in my first play near Christmas. Both were great experiences and great learning opportunities that further deepened my interest in acting and performing. I also had to strip during the play, which was one of my biggest challenges to date.

I continued to invest in myself by becoming a coach for a Dale Carnegie class as well as enrolling in Unique Genius, an online course to try and find buried passions of mine. I practiced public speaking and learning how to train adults by joining Junior Chamber International and enrolling in every class they offered. I also continued to read and be inspired by many amazing books and blogs.

I left a job that had been the most boring mind-numbing job I ever had and l also finished another 4 university courses. 12 more to go for the degree but do I really need it anymore?

And most importantly, I started A World of Inspiration. Although I had blogged before, A World of Inspiration was the first time I actually committed professionally to writing and building one into an inspiring business. I invested a little money, a lot of time, and I aim to make it my lifelong project along with many others that readers can enjoy and feel inspired by. The blog also introduced me to a number of amazing people online and has forged relationships that I will continue to build throughout 2011. I’m honored that the blog has grown around 100% each month and I thank each and every one of you who enjoys my writing.

Of course, not everything went great in 2010 and there were lots of mistakes I need to learn from.

I didn’t travel as much as I wanted. Some would argue this but I personally like to travel for 5-6 months each year and this year I somehow got sidetracked and didn’t make it on a long-term adventure. Next year I am going to plan things much better and focus heavily on leaving Canada for 4 or more months.

Income was sparse in 2010. This was due largely to leaving behind a job and in transitioning myself into an online business and writing platform. I want to build a special community where I can help people live the lives they dream of. This takes time and preparation.

I stayed in a job a little longer than I should have. The job I had as a real estate researcher was one of the most terribly boring jobs I have ever had. I did it mainly as a resource to learn a little about real estate and to keep my house from going under. Every day I felt my brain dying from doing such meaningless work and I feel I stayed in that job 6 months to long. I have learned that when I begin to feel as a bad about a job as I had, I need to immediately figure out a way to get out of it.

I didn’t always enjoy myself on trips. I’m not one for just visiting a place for the sake of visiting. I like to accomplish things while I am away and I get bored quite easily if I’m not learning or experiencing things all the time. I’m someone who needs to blend passion with purpose and that is why I started A World of Inspiration. Sometimes when things are slow, I get bored and stop enjoying myself. I have learned that I need to enjoy myself at all times while on the road as it could be the last time I ever see that specific place.

I still feel nervous when speaking in public. I suppose this is normal even for professionals but with me, it stems from having a stutter. It’s not severe but it makes me lose a little confidence before going into a speech or an online interview. I need to learn that I have lots of public speaking practice behind me and to not think about the possibility of stuttering before going into a speech.

Now that 2010 is behind us, it’s time to focus on the goal(s) of 2011. My overall theme for 2011 will be location independence, online entrepreneurship, and adventure. These three things have always dominated my mind but I have never completely focused on all 3 at one time. 2011 is my year.

TRAVEL & ADVENTURE: I have many plans already in the works but I definitely aim to travel a minimum of 5 months during 2011. Current possibilities are a road trip throughout the U.S.A as I head to Portland for the World Domination Summit, a trip to Costa Rica, Mexico, and possibly back to South East Asia or South America. I would also like to start or plan for a yearlong adventure and/or some volunteer positions in other countries.

WRITING: I want to write a minimum 75 posts next year for AWOI but also create some e-books for the first time. I want to increase my readership by at least 2000% and make it enjoyable for everyone that visits. Since screenwriting has always been on my list, I would also like to at least finish a draft of a screenplay or a story.

BUSINESS: I aim to fully launch myself into location independence next year. I already live frugally which helps a lot but in 2011 I aim to make 2+ e-books, do some coaching, and also offer a course to help people push their boundaries. I’m also in the works with organizing an event/conference in Bali, Indonesia and a potential yearlong adventure in self-exploration and self-discovery.

RELATIONSHIPS: My girlfriend is moving from Mexico City to Canada in January. This is both exciting and challenging considering my plans for travel and a nomadic lifestyle. Karla is willing to make it work though and try the nomadic lifestyle for herself so it should make the year exciting and give it an unexpected twist. I would like to continue to spend time with friends and family and encourage/push my parents to do some traveling of their own. I’d really like to help my parents find some passions/hobbies to get their creative energies flowing. I would also like to help at least 20 people push their boundaries and bring some excitement into their life.

EDUCATION & PERSONAL DEVELOPMENT: Always eager to learn, I plan on reading a number of books including some on finding strengths and making them stronger. I will continue to think deeply on values and passions so I can blend them into a long-term business plan. I would like to learn Spanish. I also need to decide if finishing my degree is worthwhile and if so, take a semester abroad to either the Netherlands, France, or Italy.

PHSYICALLY: I have already planned to do another 12-week fitness challenge in early February. This time I plan on gaining at least 10 pounds of muscle and cutting my body fat % in half. In combination with the fitness plan, I will play hockey, go swimming, and get in the best shape of my life. I would also like to eat vegetarian at least 1-2 days a week.

2009-2010 really changed my life. My trip to Australia and New Zealand awakened my adventurous soul and my whole outlook on life switched. I went from the typical job and house to wanting to be completely free and able to travel, have fun, and make my dreams a reality.

I’m really excited for 2011. It’s looking like it’s going to be one of the most amazing and adventurous years of my life. It feels like the start of an all-new era for myself and a complete re-design in habit and thinking. I have now completely committed myself to a nomadic location independent lifestyle and absolutely refuse to let anything change that.

What was your favorite part?

Is it going to be the best year of your life?